The most expensive bonefishing trip on the planet

Where would you think the most expensive bonefishing trip in the world is? If I were going to guess, I’d say St. Brandon’s Atoll (which is my dream location) just because of the travel required to get there and back and the cost of making that all happen in the middle of nowhere.

Maybe the Seychelles? That’s pretty far away and hard to get to.

To be clear, that is not Bonefish on the Brain kind of money. Still, those trips come in about 1/2 as expensive as the TOP (at least as far as I could find) most expensive week of bonefishing in the world.

That honor falls courtesy of the good people at The Nature Conservancy. For the record, I like TNC. They are a savvy group of Earth-savers and I like their rather capitalistic approach to saving the planet. They operate a research station on a far-flung American possession called Palmyra Atoll in the South Pacific.

They offer six trips a year to fish (mostly to dive) Palmyra where there are bonefish populations which know almost no pressure and even less commercial threat, as well as GTs in a similar state. The cost of a trip out to Palmyra is… get ready for it… $16,000 to $18,000 PER PERSON and these spots are offered to individuals who are considering major gifts to support the research work on Palmyra.

So… Bonefish on the Brain will NOT be heading to Palmyra anytime soon (ever… I won’t be heading there ever and neither will you).

There is something profoundly un-American about that whole thing (while at the same time being profoundly American… we are a people of great contradictions… and of no contradictions) and it is bothering me a bit. It might be possible to go without TNC’s blessing, but it seems doubtful. How they got to control a whole atoll that is an American possession is something I need to look into, although this story says they bought Palmyra to stop it from being turned into a Casino, something that sounds totally implausible to begin with. 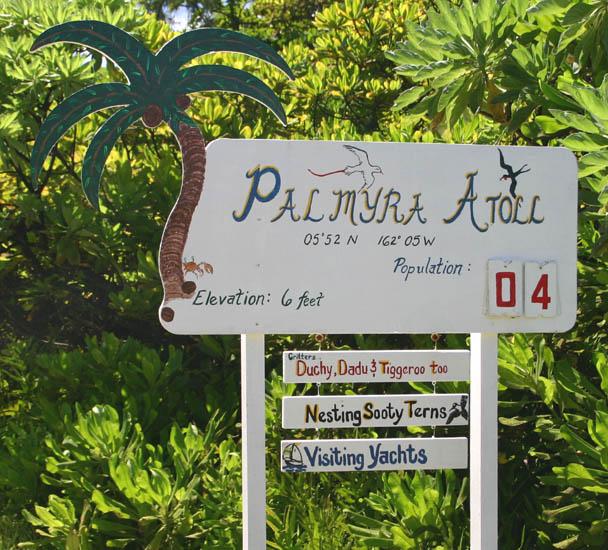 The place looks AMAZING though.

Tags: Palmyra Atoll, Stuff that is too expensive

This entry was posted on Thursday, August 6th, 2015 at 6:20 am and is filed under Locations. You can follow any comments to this entry through the RSS 2.0 feed. You can leave a comment, or trackback from your own site.