A couple weekends ago I went camping with my daughter up around Mount Shasta (my old stomping grounds). I was glad to see the whole place wasn’t totally dry and on fire. So, victory right off the bat.

The girl, breaking in her new rod.

We headed up to a little creek near the campground we were staying at and managed to catch some trout. There was a time I tended to catch my first trout of the year in January, but not this year. This year my first fish came at the end of July.

Not a trout, but cool anyway.

Part of me was just happy I still knew how (not really, I kind of pillage up there).

It has just been that kind of year. I’ve spent more days fishing in the salt than on my home waters. Two kids, a busy job, a busy wife… the fishing suffers a bit, but that doesn’t mean I’m suffering. I like my life… I love my life, and I have to think there might be some heavier fishing years down the road. Maybe I won’t hit 200 like that one season I guided, but, ya know, more.

I love camping with my kid. My first marriage did not involve camping and when that ended one of the first things I did was grab the girl and go camping. Now we make a point of doing it a couple of times every year and we both look forward to it all year.

My girl got a fly rod for her Birthday back in January and this was her first chance to use it. She got a starter kit from Redington, an 8′ 4 wt and it was just about perfect. She also got a pair of Redington kid sticky rubber wading boots. I think they’ll only get wet a couple more times before she grows out of them, but they worked really well.

This year I did screw up a bit and, in a fit of laziness (can you have a fit of laziness? That feels too active for laziness.) I left our little cooler out. I was awaken at midnight by the loud sniffing and snuffling sounds of an above average sized black bear. Said black bear made short work of the cooler and hung out a little longer than I would have ideally preferred.

Since the black bear at our breakfast, we went to the (original) Black Bear Diner and ate their breakfast.

This weekend I head camping for our second weekend. Looking forward to it, and I plan on hanging the bacon from a tree.

Camping and then into misery

I got to go camping with my girl again last weekend. We met up with an old college friend of mine up at Pinecrest. It was a lot of fun and the girl enjoyed herself. I wanted to get camping twice this summer and I did. When you have split custody, your summer is only half as long and it can be hard to fit everything in. You blink and it is gone. Glad I got this on the books and glad my wife was OK with me taking off and leaving her alone with the 7 month old.

The girl, in her natural habitat.

There was, of course, a little fishing, this time on the South Fork of the Stanislaus River. As with most kinds of fishing, we just had to get away from all the people and then got into the fish. They weren’t big, but they were pretty. Most were 5″ to 9″, but I lost one at the very end that was maybe 15″. They were pretty fish with vivid coloration. It was a great little river and perfect for the 4 wt.

Toward the end of the trip I started having some tooth pain (not my favorite kind of pain) and by the time I got home, I was pretty miserable. Things went from bad to worse and now I pretty much look like I lost a boxing match. I’m about to turn the corner on this little abscess, which is good… because I’m not a fan.

So, the blog as has been a little light lately due to the camping and the tooth, but I’ll get things back going. Not to worry.

I like the idea of the dirtbag trip.  I haven’t pulled it off totally.  I’ve stayed in some crappy places in Grand Bahama, but I haven’t really roughed it THAT much.  The guys over at TRIW take it all the way.  That’s why I love that their blog exists. 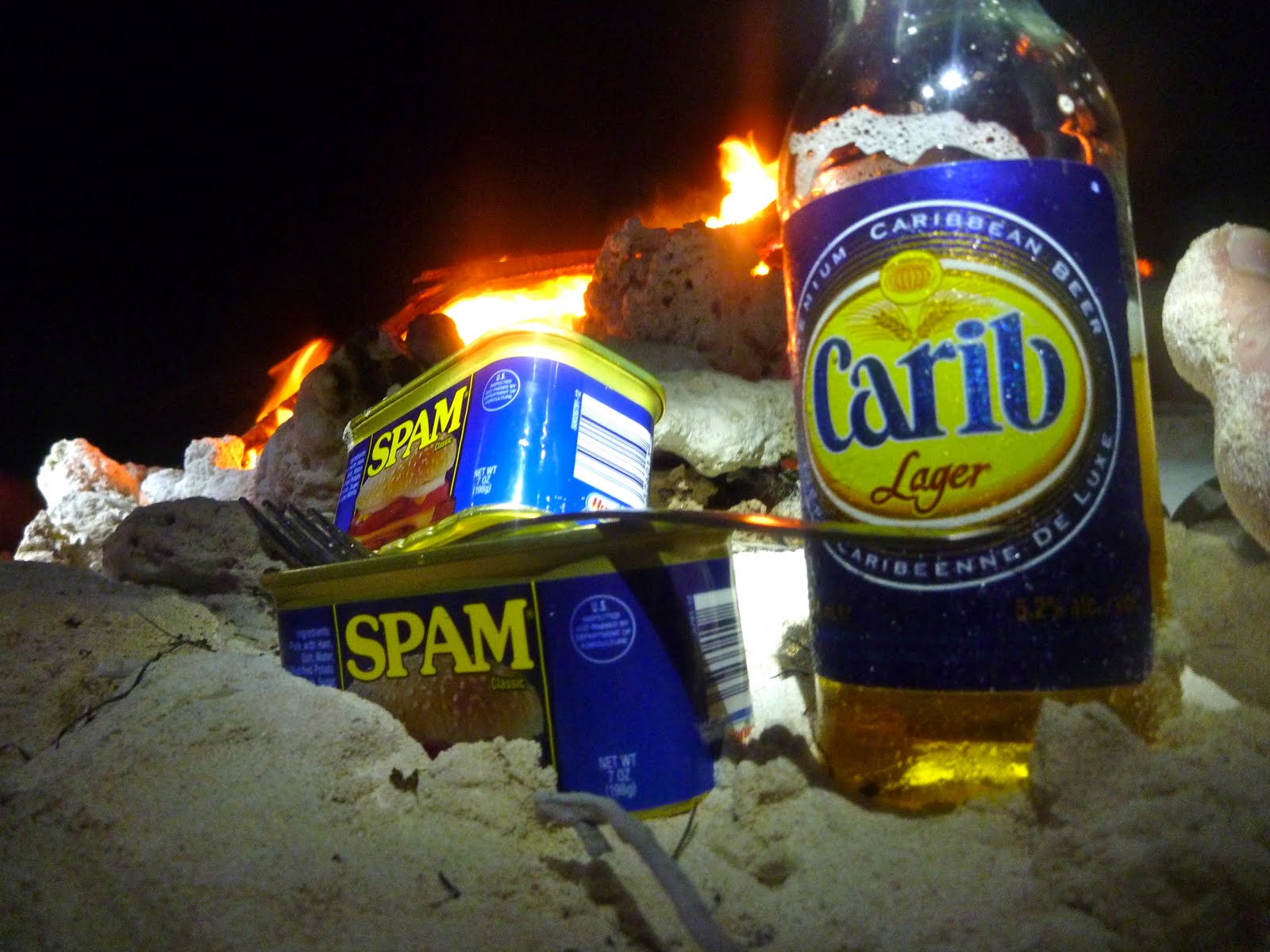 I loved this story when I first read it… thought it needed to be brought back. This particular story appeared in This is Fly (a fly fishing e-zine which, as it happens,  is pretty damn fly) and was experienced and written by Drew Rush.

Drew is a Jackson, WY kind of guy… devastating with a camera and pretty frigging deadly with a fly rod, it appears.  He’s written several pieces for This is Fly and his work is popping up in all sorts of places.  This particular account is from a trip to Acklins with his girlfriend and some camping gear.

Here’s the story.  Enjoy. (That link no longer appears to take you to the original story. Trying to see if that story exists anywhere else)