The Bahamas and a total lack of introspection 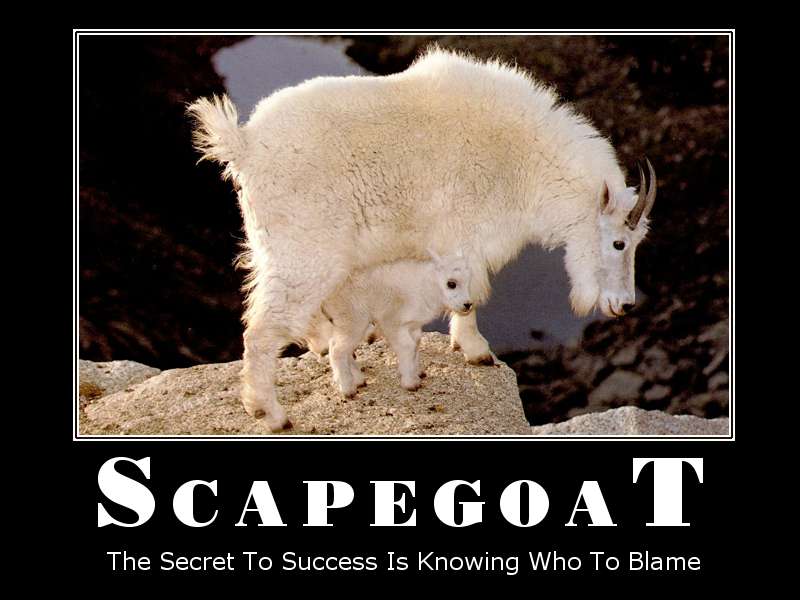 In the space since the last meeting in the Bahamas, and in light of all the negative press the proposed fishing regulations have brought, I find it amazing that the head of the Bahamas Fly Fishing Industry Association has shown a total lack of introspection. Instead of listening to the chorus of alarm, he (Prescott Smith) seems intent on finding someone to blame. One target of his blame is Bonefish on the Brain (hey, that’s me!).

Finally with the AGM Elections behind us and we are now able to investigate and show who the individuals were behind the scenes, for their own selfish agendas, who brought the negative PR on The Bahamas. I have colored coded the different emails, so you can clearly see the key persons, behind the scenes, who were primarily responsible for the negative propaganda smear campaign in the last couple months. Also, as you follow the trail of persons who are copied in on the first emails by… (Name removed by me), …the Vice President of The Abaco Fly Fishing Guides Association, where  you will see it leads to the Bloggers, like Bjorn Stromsness, Don Causey, and others going wild out there with all the misinformation and destructive things about The Bahamas.

They even took it further and began personal attacks on myself, Shawn Leadon, Denward Rankine and other Board Members because we support the Government in protecting and regulating the fly fishing industry in the best interest of the Bahamas and guides. Bloggers took it to the next level and requested Anglers to boycott our businesses. Click on this link to see for yourselves:  https://bonefishonthebrain.com/hope/

I’ll remind everyone that the Abaco Fly Fishing Guide’s Association is the group who came up with some great suggestions when it came to the proposed regs. You can see their recommendations here. If you want to find a group reacting in a positive way to what is going on, you need look no further than the Abaco Fly Fishing Guide’s Association and their leader Justin Sands.

The only things I’ve seen come out of Pescott seem to be a doubling down. He does not appear to grasp that there is not an organized campaign out to get him or to destroy the fishing industry in the Bahamas (as it would appear he beleives), but that the chorus of opposition was brought about by his own actions, by the language in the proposed regulations.  I haven’t seen anything come out of Prescott that indicates he gets any of the uproar as being brought about by his own actions. There is always someone else to blame.

Here is one of Prescott’s points and then you can read a rather on-point comment from Orvis and you tell me who is issuing propoganda and who seems reasonable.

8)  Designated Areas for Anglers with a Fishing License to fish without the assistance of a Certified Guide. (At their own risk and accepting full liability of the potential dangers without a Certified Guide because of the frequent visits to the flats by Bull Sharks, Hammer Head Sharks and Tiger Sharks, and drowning by some unknown health issue (Stroke, Heart Attack, Cramp….)  These designated areas must be assigned with consultation with the Local Guides  on each island because of their unique geography.

“The criteria for a permit should be concise and consistent across the resource. There should be national unrestricted access with no room on the local level to prohibit access to flats or a license,” the company added.

“As it is currently written, the legislation suggests that guides, lodge operators and local administrators would be in the position to ‘independently govern a region’, impose conditions, restrictions or limitations for a permit as they deem appropriate.

“This allows too much room for restrictions subject to the whims of the individual grantor, especially if a guide simply doesn’t want an angler to fish in a certain area.”

Here is the link to the story with the Orvis point of view.

Prescott’s view is that we are all going to be eaten by sharks (you have a better chance of being killed by a falling coconut than being eaten by a shark) and that each guide on each island will get to map out a 10×10 box for you to DIY fish to your heart’s content. Orivs, on the other hand, seems to grasp that Prescott is trying to allow guides to set up their own little fiefdoms. I think it is pretty clear “who the individuals were behind the scenes, for their own selfish agendas, who brought the negative PR on The Bahamas,” in Prescott’s own words. Sharks???

The voices in opposition have been as varied as they have been loud, but Prescott doesn’t seem to get it. He seems to see any disagreement as an insult to the soul of the Bahamas. I don’t think that’s it, not at all. In fact, the voices I’ve heard have expressed their love of the Bahamas and the Bahamians and have shared their worries that these regulations, unless drastically altered, will substantially harm the Bahamas.

Almost every voice has also expressed a strong willingness to support conservation and a reasonable permitting system, as well as bans on foreign mother-ship operations. So, if they are really interested in regulating the industry in a way that will be best for the Bahamas, there are plenty of solid ideas out there to replace the fatally flawed draft proposals.

It seems the Orvis view (also the views of many others, including myself) that the proposed guidelines are intended to set up little fishing empires got some added legitimacy from this story. Marine Resources Minister V Alfred Gray paraphrased in this quote from the story:

Last week, Mr Gray said that the aim of the new regulations was to give local guides exclusivity in the area.

I hope you enjoy the little DIY Box they intend to put us all in. I’m sure it will be great.

This entry was posted on Friday, July 10th, 2015 at 7:52 am and is filed under Locations. You can follow any comments to this entry through the RSS 2.0 feed. You can leave a comment, or trackback from your own site.