I’m hosting a trip through Angling Destinations to Water Cay on Feb. 7-14. There are five open spots and here are five reasons I’m looking forward to this trip.

Scott is back from Water Cay 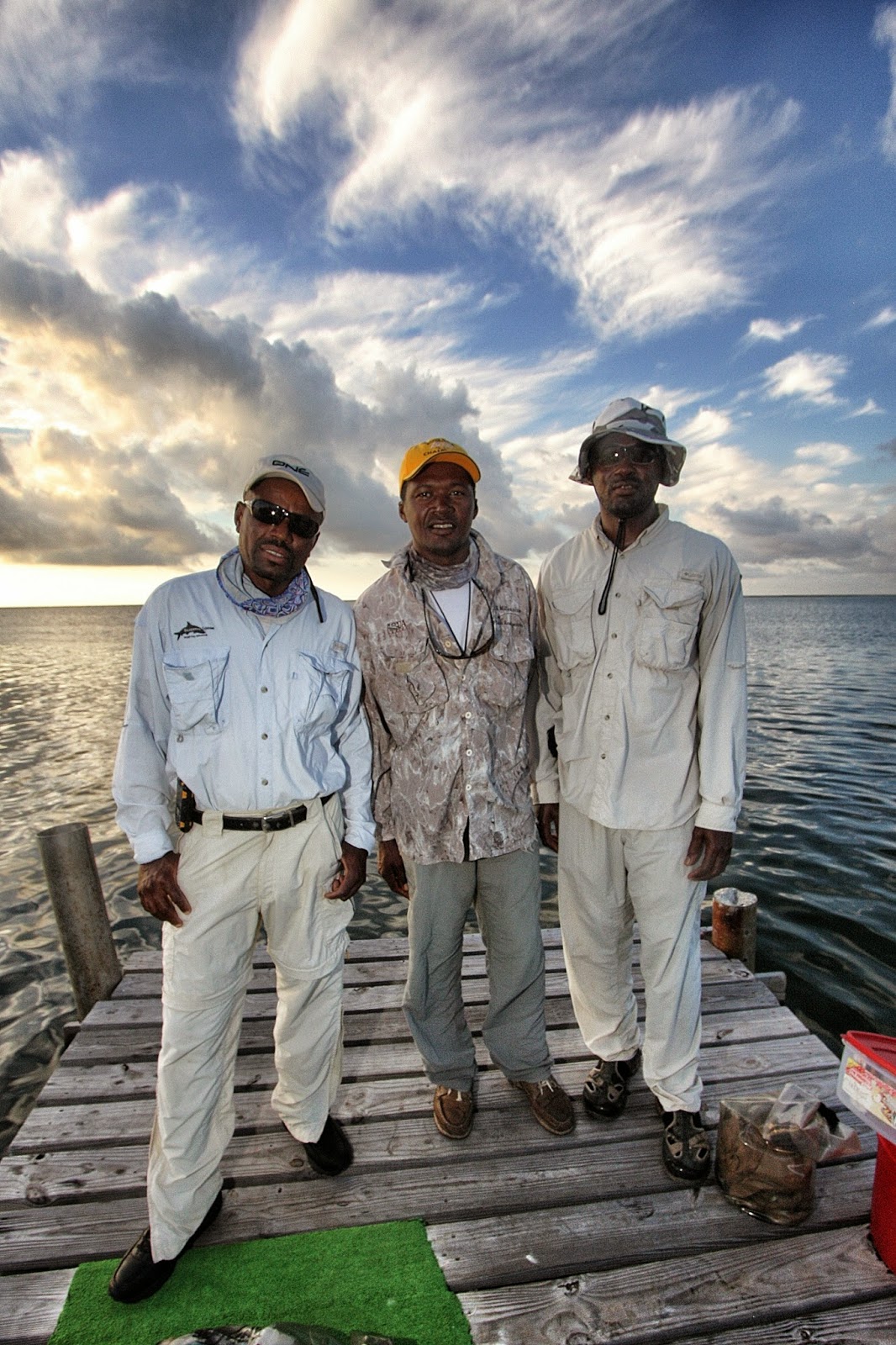 Scott just returned from Water Cay and again, it was a great trip. In a pretty interesting post, he talks about the “Water Cay Method.”

Fishing at Water Cay is a learning experience for even the most seasoned of anglers. All three of the guides are analytical, good at communicating their methods and have some of the best bonefish eyes I have ever seen. But a warning, if you are the know-it-all type that doesn’t want to try something new, don’t go to Water Cay. But if you want to get better and put some new arrows in your angling quiver, Water Cay should be near the top on your bucket list.

I really do enjoy being out with a great guide, learning new things, putting old things in a new perspective.

In February (2014) I’m going to be doing a trip to Water Cay Lodge, Grand Bahama Island.

I was there, briefly, back in the Spring. I didn’t get to do much fishing, but my girl stuck some jacks and I got to at least check out the lodge, see the water, meet the owner, Sidney. I liked the lodge and loved the location.

There is room for five more anglers. Leave a comment if you want to hear more about it.

The lodge is not a fancy place. It is a place for anglers. It is a place for long days of fishing and a cold beer after you are off the water. There is no shopping. There are no restaurants to walk to. You are on an island off the main island, so you can’t even drive there or from there.

Who wants to go fishing, eh?

Water Cay Lodge and the Girl Gets Some Fish

I can see why people come back to Water Cay Lodge. Talking to Sidney, the head guide and owner of Water Cay Lodge, he says 90% of his guest are return visitors. You get the feeling of one of the “Family Islands,” but you get the convenience of flying into Freeport.

Sindey and his wife met us in Freeport and we followed them out to the boat launch. He was ferrying supplies out to the lodge in preparation for some guest who were arriving that day. My daughter Anna and I got on the skiff and headed out in some wildly blowing winds. We may have actually hit a shark on the way out. With the visibility poor from the wind Sidney couldn’t avoid it in time. We didn’t see it, but we did feel it.

The ride isn’t long, but you do feel like you are out in the bights of Andros or some other remote Bahamian place. There just isn’t much out there. I don’t think we encountered water deeper than 3 feet the whole run to the lodge, which may have been 20-30 minutes.

Simple comfort for people who come to fish.

Once there Anna and I got to poke around a bit while Sidney unloaded supplies and then we headed back out. The Lodge only fishes 6 people at a time, so it is a rather intimate kind of place. There are only 25 people living on Water Cay, so you won’t run into any Spring Breakers on the flats although there are other outfits that put in on the North Side and fish those same waters.

In terms of what the day was from a fishing perspective, Sidney fished us a little bit on his way back to pick up guests, so there wasn’t much fishing. It was more an adventure with my girl, and it felt like an adventure. When we left the lodge to go find some fish, it was my daughter who was up first.  We headed to a blue-hole about 300 yards from the lodge and got my daughter into some jacks, quickly. First cast, first fish. That was pretty much the highlight of the short trip.

The spinning rig was a really good call and the little Albright travel rod I picked up just before we left has left a favorable impression on me thus far.

After three fish from the bluehole we headed back towards the boat launch with the idea being we would look for some fish on the way in.

Did I mention how windy it was? It was howling. The wind was pushing the water off the flats and at one point Sidney had to get down and push the boat. We were scraping.

Sidney saw one bone about 15 feet from the boat. I never saw it. later, while he was out pushing we both saw a bone about 50 feet away pop a tail up, but it seemed to see us at the moment and took off before a cast was made.

There just wasn’t time to really get after the bones as we could see the clients waiting to be picked up. I reeled in and we went back to the launch. It was really good to see WCL and I really hope to get back out there. Out Island remoteness, Grand Bahama convenience. I can understand why people who go there, go back. I don’t know if my next trip there would count as return business or not, but Water Cay Lodge is on my list of places I’d like to spend some time.

And all is well with the world.

Dinner was in Lucaya with my folks, wife, daughter and brother. I was happy to have my first (and second) Kaliks of the trip.

I leave tonight… a red-eye to Grand Bahama with the family.

Thanks to Scott at Angling Destinations I’ll get to check out a fairly new operation on Grand Bahama I’ve been wanting to get a look at. Water Cay Lodge. WCL is located on the sparsely populated North side of GBI.

If you’ve flown into Grand Bahama, you’ve likely noticed the juicy looking water on the North side of the island. Truth it, it doesn’t get fished too often because it is a little harder to get at and if you are fishing out of the West End or McCleans Town, other waters make more sense to fish.

I’m going to get a little tour and a little fishing there on Monday. Very exciting stuff.

Head guide is Sidney Thomas and Scott assures me he is one of the best in the whole of the Bahamas, and that’s saying something.

Scott Heywood has a new blog (Fly Paper)… and the first post I looked at was pretty much right in the zone. Check it out.

Prior to 2008, Grand Bahama Island’s Northern Horn was a tough spot to reach. Several well known operators on Grand Bahama, namely the Pinder Brothers and Greg Vincent from Pelican Bay Resort fished this area, but it required long boat rides for visiting anglers (45 minutes at a minimum) which chewed up valuable fishing time. In the fall of 2008, this problem was solved by long time Grand Bahama resident and superb bonefish guide, Sidney Thomas. Sidney and his family took the task of renovating the small bonefish lodge on remote Water Cay that was destroyed in the fall of 2003 by a series of devastating hurricanes. Along with a few experienced anglers, Sidney and his brothers knew the bonefish treasure that swam in and around the flats of Water Cay.